Posted by gaomingwu on November 2, 2014
Posted in: Uncategorized. Leave a comment

1. Jiankun found a girlfriend and bought tickets to Hawaii the other day. Anand asked how much were the tickets and was surprised to know the price. I made a comment to him like, “Dude, there is no free fuck in the universe…”

2. We were playing soccer and I asked a guy about his name. He told me it’s Anuz. Because its pronunciation is kinda weird to me, I asked, “Dude, do you have an easier name?” David was trying to help out like, “You can call him A.” I kidded like, “How about asshole?”

3. Afeifei broke his knee when playing soccer with us a few weeks ago. I went to his office to see how he was doing two days later. He joked with me by saying I was a bad friend because I didn’t care about him enough. I kidded him like, “Dude, I am not even your friend. How can I be your bad friend?…”

4. Scott was Sarah’s boyfriend in Phoenix house. One day Sarah’s mum dropped by Phoenix and took a tour in the kitchen. Scott saw her and said Hi to her. I kidded Scott like, “By the way, I am also here. How come I didn’t get a Hi?”

1. I watched a half of the World Series 2014 in the past two weeks. My first time to watch baseball. Pretty intense and fun games. Just wanna mark it.

2. My only recruit in the past two years!! -Captain Penguin posing with Private WZ (right) and Private WZ ‘s Daddy (left) on the media day.. 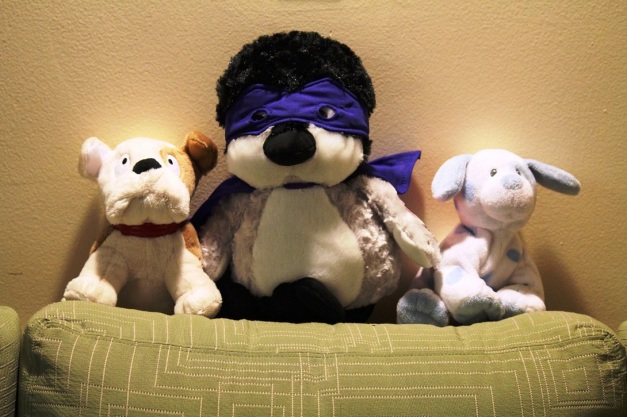