Posted by gaomingwu on January 11, 2014
Posted in: Uncategorized. 6 Comments

1. John was my housemate living in Phoenix last year and went to Brazil last June. He was supposed to stay there for a year, but he changed his mind and came back to stay in Phoenix last week. The moment I saw him, I was quite surprised but still kidded him like, “Dude, why did you come back, did you get evicted by Brazil? I know you are a rapist, but you don’t have to let them know…”

2. I saw Hot Jordan at the leasing office the other day and told him secretly, “Jordan, can I let you know you are my favorite asshole in the house?” He was like, “Thanks, Barton. I worked really hard on it.” I was like, “Yeah, I knew you went through a lot. You deserve it…”

3. Rama and I thought we could finish a project two months ago, which is seriously coming to an end recently. He made a comment to people in the office the other day like, “Mingwu and I are wrapping up this project.” I was like, “Huh, actually we started wrapping up two months ago…” After a thought, I figure out a better way to address it, “I think we are wrapping up the wrapping-up now…”

4. Rama was talking about why he started the company and he wanna have his research outcome accepted in clinical use, because he wanna fulfill his career goal. I asked him viciously like, “What does career goal mean? Is it another way to say ‘ego need’?”

5. I took a nap in the afternoon in the office the other day. When I got up, I still look sleepy. Nevin from another company saw me and made a comment like, “You look like you need a tea, man.” I was like, “No, I look like I need a raise…”

Never believe car is of any identity of anybody, but still always wanna get a white SUV and got one weeks ago. Just wanna mark it. 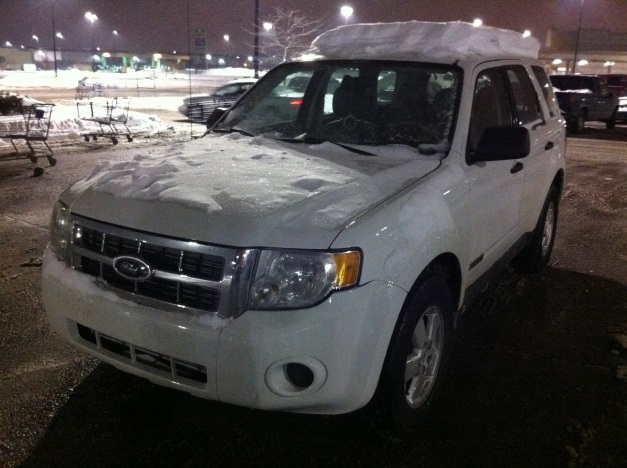