Posted by gaomingwu on April 14, 2013
Posted in: Uncategorized. Leave a comment

1. We’ve got the feedback on one of my conference papers. It was accepted even though one reviewer rejected it, because we literally claimed one technique is unnecessary. That reviewer believed we were being rude and at least we should say “that technique may be unnecessary”.

We discussed about it in the office and came to a conclusion that, “It’s a difference between to say someone’s stuff is crap and may be crap…”

2. We were having the class of signal compression, when the professor asked the Chinese students about the current development of HDTV in China. I was like, “We don’t know professor. We don’t watch TV in China. We study…”

3. I bought a chicken and prepared it for cooking. Jordan came into the kitchen and asked how I was doing. I told him, “I am doing good, at least better than this chicken…”

4. Mehrdad came into the office the other day and suggested us do something to ruin Jiankun’s life. I was like, “I think his life has already been ruined…”

Finally got an acoustic blood pressure meter as a PhD student working on the cardiovascular area! 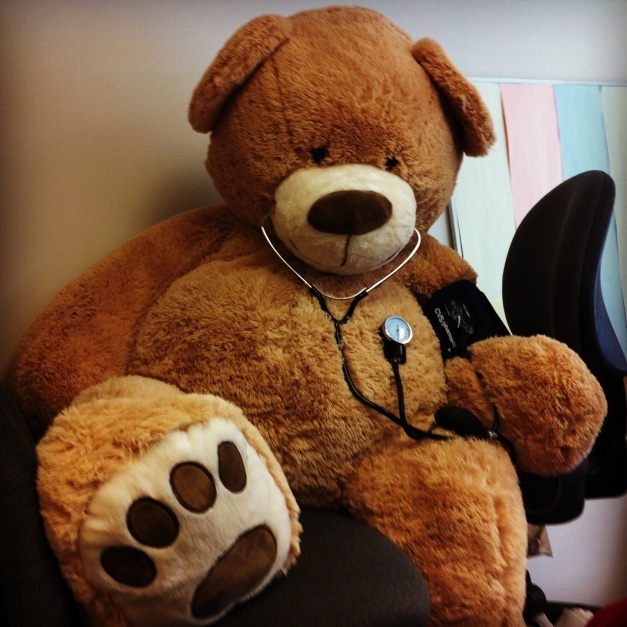