Posted by gaomingwu on October 26, 2013
Posted in: Uncategorized. Leave a comment

1. My mum is learning English in China. She told me she gave herself an English name the other day: Sophia… Sigh, nobody can probably be more Sophia than her…

2. We were hanging out in the kitchen and Hillary said someone was tedious. “No, she is titious…” Sarah corrected her. (Hint: tit->titious)

3. Kara and I were cooking house dinner in the kitchen the other day, when she claimed she didn’t like a singer, because the singer always sings about love and her boyfriends. I was like, “So you prefer her to sing about her girlfriend?”

The sunset in the woods of fall. 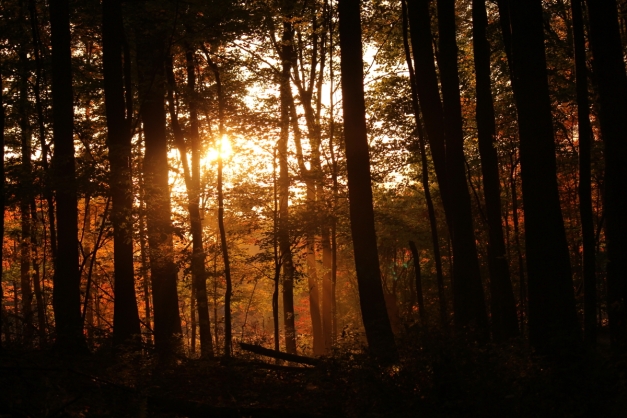