Posted by gaomingwu on May 19, 2013
Posted in: Uncategorized. Leave a comment

1. Thomas ran for the president of the house during last Sunday’s house meeting. At the very beginning of his campaign speech, he claimed, “I would like to become the president of Phoenix. First of all, I am sober, a lot…”

2. I was leaving the house and saw Jenny cleaning the stairs with a headphone on the other day. I greeted her with Hi three times, but she didn’t hear it until the last time. So I kidded her like, “You own me three ‘Hello’s , Jenny…” She laughed and made it up like, “Oh, Hi, Barton! Hello, Barton! How’s it going, Barton?”

3. Doh is a new housemate who’s in his second year of college and just moved in the other day. During the house meeting of last Sunday, he thought I was an undergraduate and asked me which year I was in. Since I was a college freshman 10 years ago, I told him, “I am in my 10th year, man…”

4. Amy graduated this May. I asked how she felt like the graduation. She told me she felt nervous and had no idea about what’s gonna happen. I comforted her like, “If it can make you feel better, that happened to me six years ago…

There was an Art Festival at downtown East Lansing 3 mins’ walk from the house. I knew almost nothing about art, but it was fun to walk around to saw lots of people~ 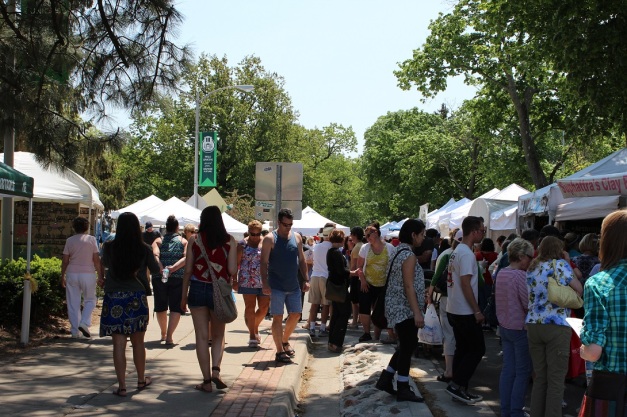